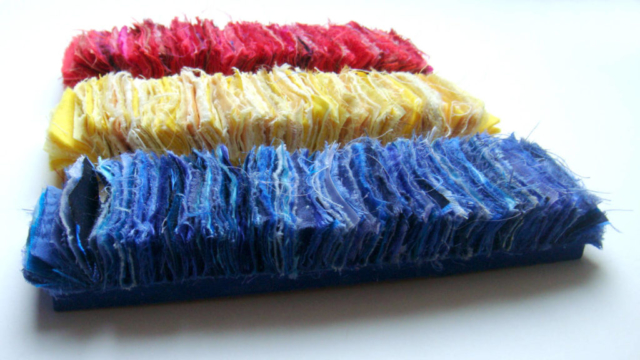 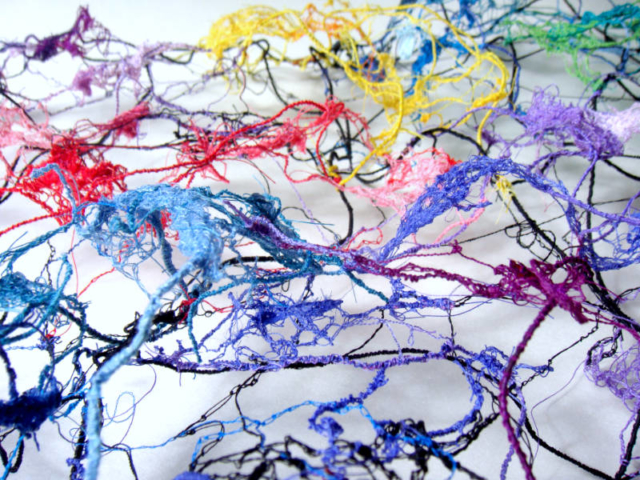 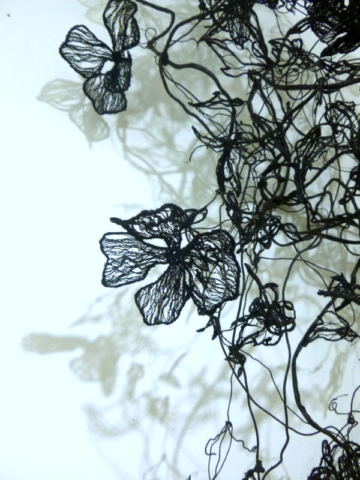 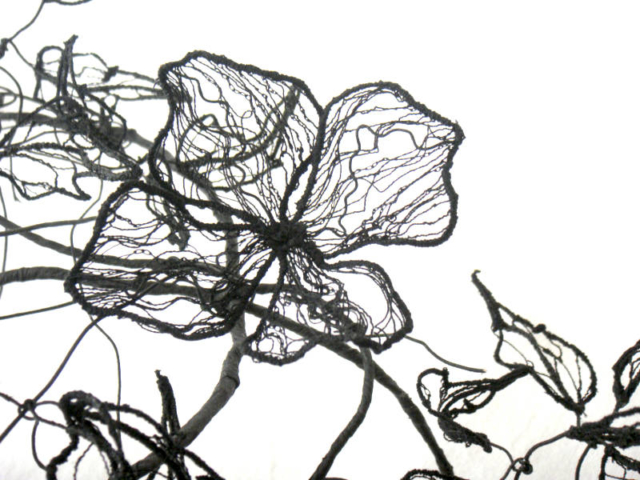 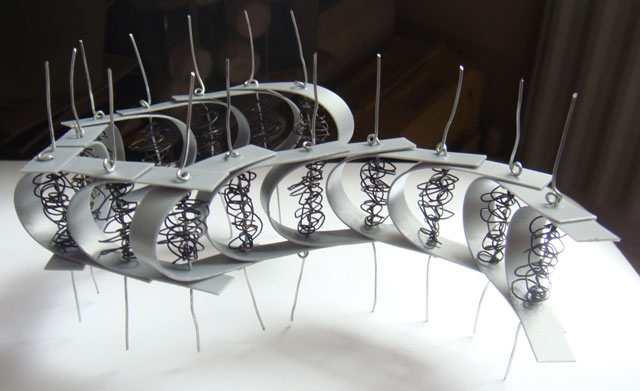 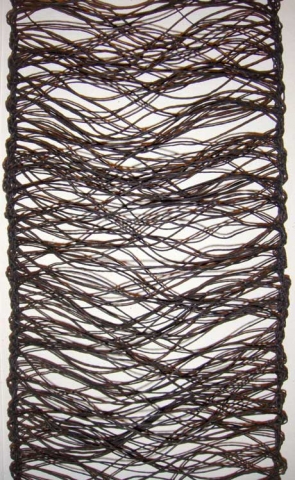 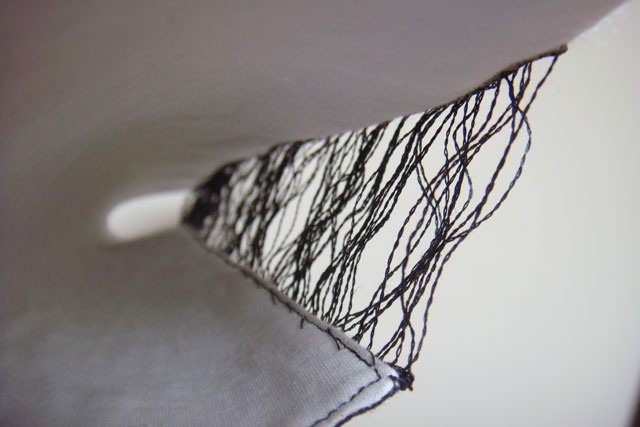 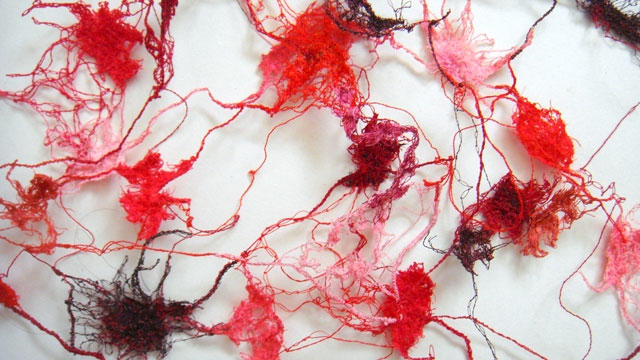 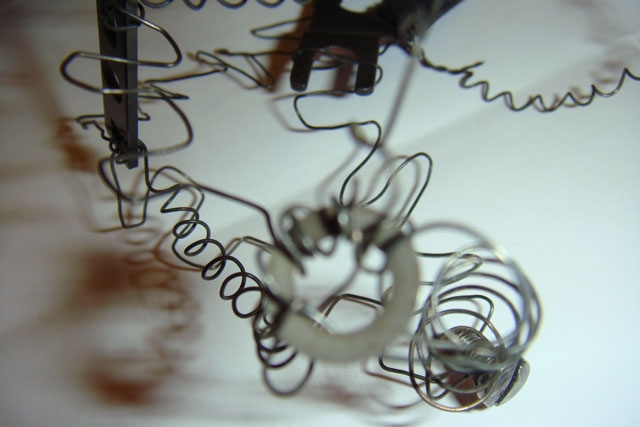 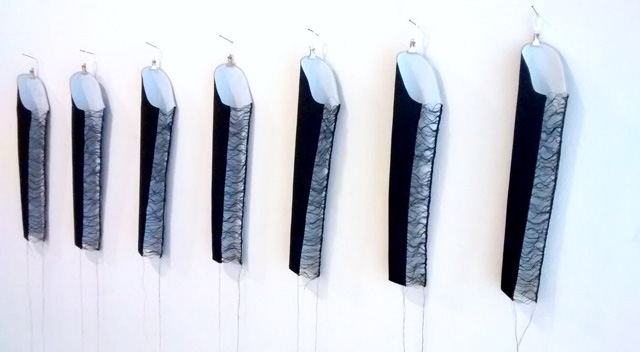 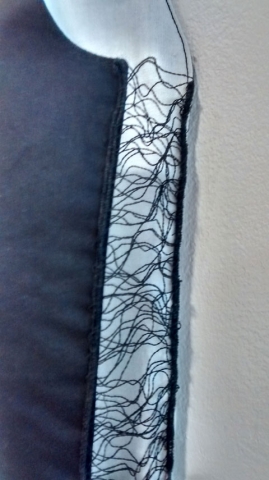 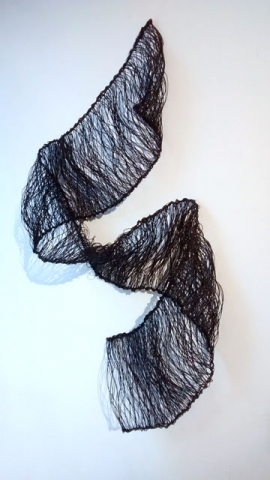 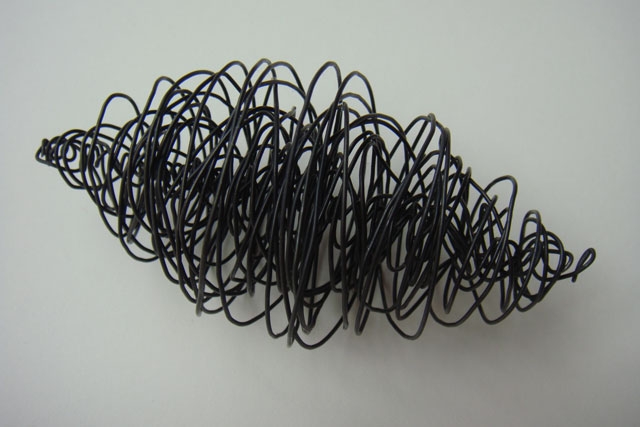 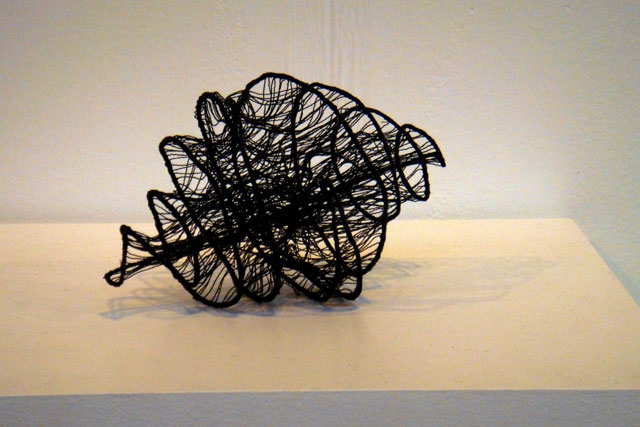 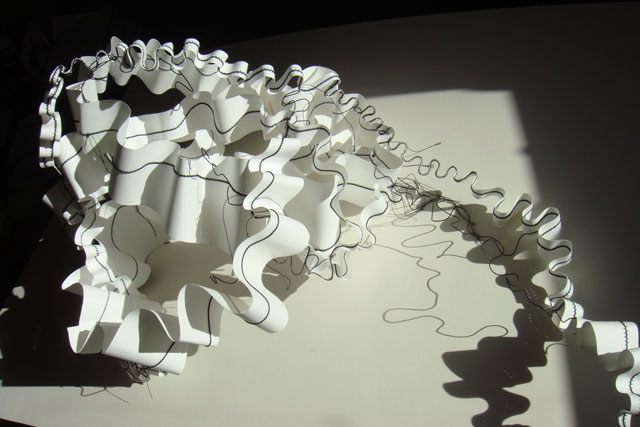 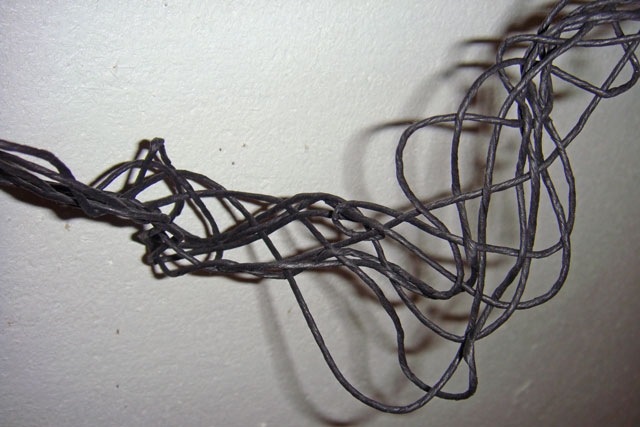 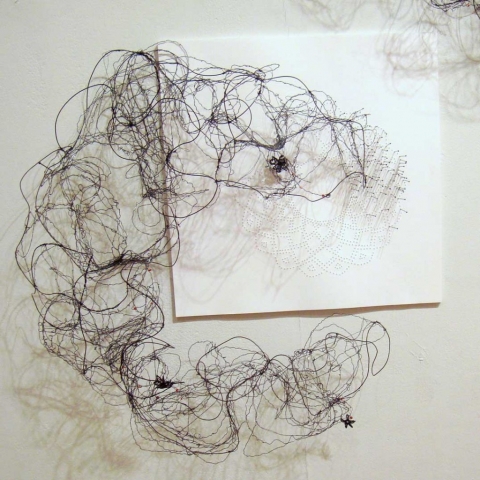 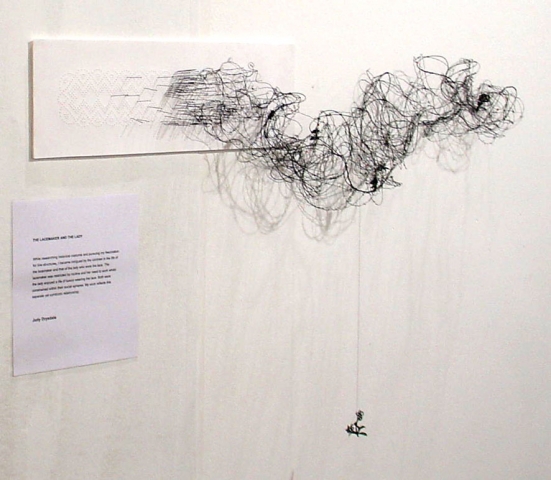 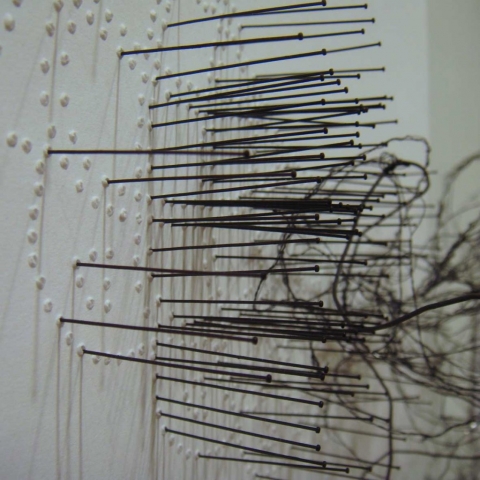 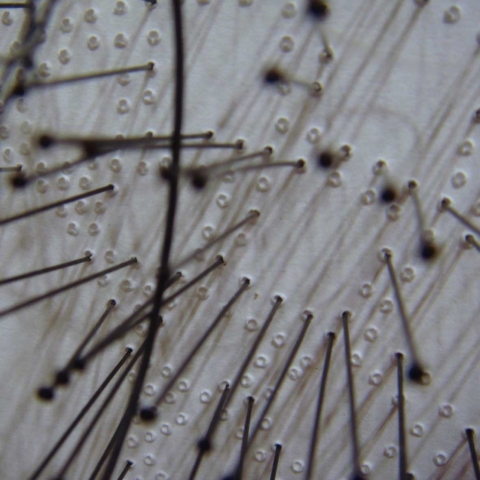 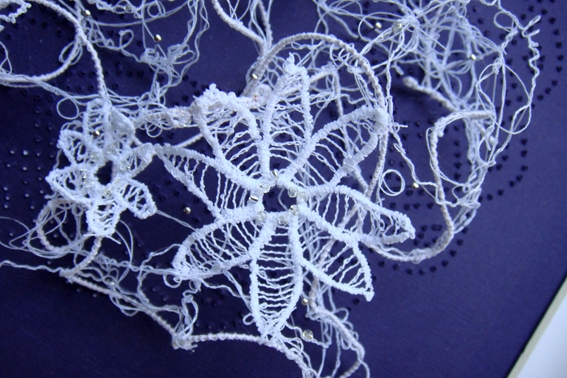 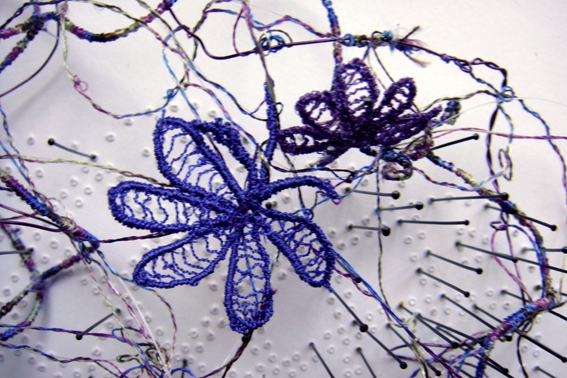 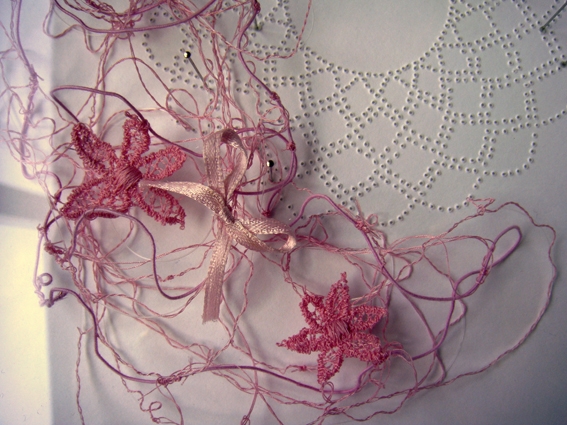 Judy creates three-dimensional line pieces which focus on the interaction and tension of the line. Light, shadow and space play an integral part in her pieces. Enjoying the intricacy of lacemaking, Judy became interest in the structures of weaving, twining and braiding, all of which inform her work.

Ideas originally came from Judy’s research into the open wire, cage-like structures of crinolines and bustles. She became intrigues by these shapes, which appear different according to whether they are seen in daylight or shadow. Ever changing, depending on the angle from which they are viewed, the lines intersect and create the impression of movement. More recently ideas have evolved from the interaction of the threads which lie beneath the footplate of a sewing machine and how synapses, millions of electrical connections in the brain, transmit, store and recall our colour memories.

Experimenting with different materials, Judy incorporates a variety of wires, threads, yarns, and fabrics into her work. As well as the traditional techniques of lacemaking and sewing machining, her own variations on bobbin lace, basketry and macramé are included.